January 2019 marks three years since the Sustainable Development Goals (SDGs) were launched. This anniversary provides us with an opportunity to discuss their creation and initial challenges, their eventual acceptance and their increasing adoption by corporations.

Leading Up to Adoption

The history of the SDGs can be traced back nearly 30 years. Starting in 1990 and continuing for most of that decade, the U.N. hosted several conferences to address global development and sustainability challenges. These conversations, such as the Rio Earth Summit in 1992 and the World Food Summit in 1996, spurred countries to commit to environmental and social advancement goals.1

To encourage further global commitments, especially in the area of poverty eradication, the U.N. General Assembly gathered at the Millennium Summit in September 2000. At the summit, the member countries agreed to sign the Millennium Declaration, which outlined several poverty-reduction objectives. The declaration led to creation of the Millennial Development Goals (MDGs) in August 2001. The MDGs have eight goals and 60 underlying indicators that help guide countries on such topics as promoting gender equality and combating HIV/AIDS. These goals were originally set with a target date of 2015, but the U.N. continues to work on many of the MDG’s agenda items.2 3

The MDGs were considered at least a partial success. For example, Target 1.A of MDG Goal 1 called for a 50 percent reduction in the proportion of people living in extreme poverty and hunger by 2015,4 with 1990 as the starting point. Extreme poverty in the developing world did drop substantially, from 47 percent of the population in 1990 to 14 percent in 2015.5 However, the MDGs also faced criticism. For instance, the goals were designed by a small group of international organizations, with no participation by country representatives. As a result, governments were not invested in the goals and were slow to adopt them.6

Paula Caballero, who was director for Economic, Social and Environmental Affairs in the Ministry of Foreign Affairs of Colombia, proposed the SDGs in a U.N. survey in preparation for the U.N. Conference on Sustainable Development (Rio+20). Her recommendation called for a new way to drive social progress; specifically, she suggested incorporating economic and environmental issues into societal goals. In addition, she believed the new goals should apply to all countries, not just developing ones – which were the focus of the MDGs. She wanted to build off the MDGs’ successes and learn from its mistakes.7 8

The member countries mostly objected to the proposal. Some thought the SDGs would compete with the MDGs, while developing countries worried that aid would drop as the SDGs sought to drive progress across all countries.

By the end of Rio+20, and after much deliberation throughout the conference, the delegates had agreed to develop the SDGs. To ensure broad participation, the member states created an “Open Working Group,” made up of more than 70 countries, to discuss various elements of the goals. Over the following two years, the goals were developed and ultimately adopted at the September 2015 U.N. Sustainable Development Summit.9

What Are the SDGs?

The SDGs consist of 17 goals and 169 underlying targets for sustainable development, with a target date of 2030. Figure 1 lists the goals. The goals are high-reaching, including calls for clean water and sanitation for all. In addition, the goals are meant for both developed and developing countries alike, given that poverty and inequality are global problems. True sustainable development requires that progress is made across all environmental and social areas defined by the SDGs.

Many governments have adopted the goals, which are meant to be implemented through legislation and policy action. To be fully successful, however, society at large also needs to support those goals. As noted by the U.N. Global Compact,10 “… consumers and investors are better informed than ever before – and they want businesses to take responsibility for the pressure our planet and its population are under.” The U.N. Global Compact is encouraging companies to use the SDGs in their strategic planning.

More and more companies are responding. Over the past year, we have noticed an uptick in the number of companies referencing SDGs in their corporate sustainability reports and discussing the SDGs during our engagement calls. This trend is supported by PricewaterhouseCoopers survey data in which 72 percent of company reports mentioned the SDGs in 2018, up from 62 percent in 2017. Despite this increase, corporate action is still in its early days, as only 27 percent of companies integrate the SDGs into business strategy.11

In our view, the SDGs are one more way for companies to show their commitment to sustainability and long-term thinking. The SDGs have advanced the global development agenda that commenced in the 1990s and gained traction with the MDGs.

[10] The U.N. Global Compact is a voluntary initiative with more than 12,000 signatories in over 160 countries as of December 27, 2018. The initiative is based on CEO commitments to implement universal sustainability principles and take steps to support U.N. goals. 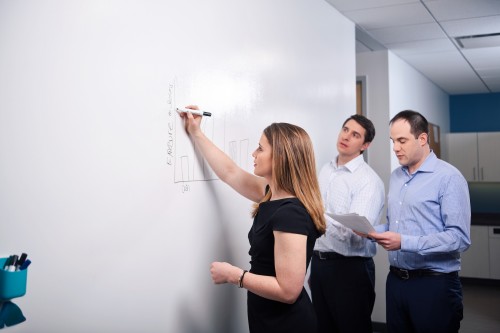