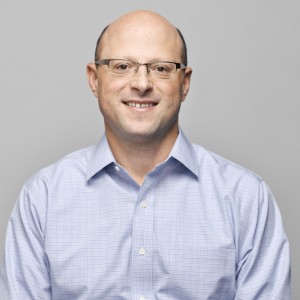 On June 7, Banco Santander SA announced its acquisition of Banco Popular Español for €11 following a deterioration in Popular’s liquidity position and concerns about Popular’s ability to raise further capital. The acquisition occurred because of regulators’ concerns about a potential failure at Popular. Santander purchased Popular via an overnight auction in which regulators wrote down the company’s €0.72 billion Tier 2 securities and €1.25 billion of additional Tier 1 (AT1) securities2 to near zero, wiping out holders of capital instruments.3 Just three months prior, Popular’s AT1 securities had been priced near €102. The speed of the auction and the outcome of the sale serve as a pointed example of the high risks of owning securities that are deeply subordinated in a bank’s capital structure. (Figure 1) 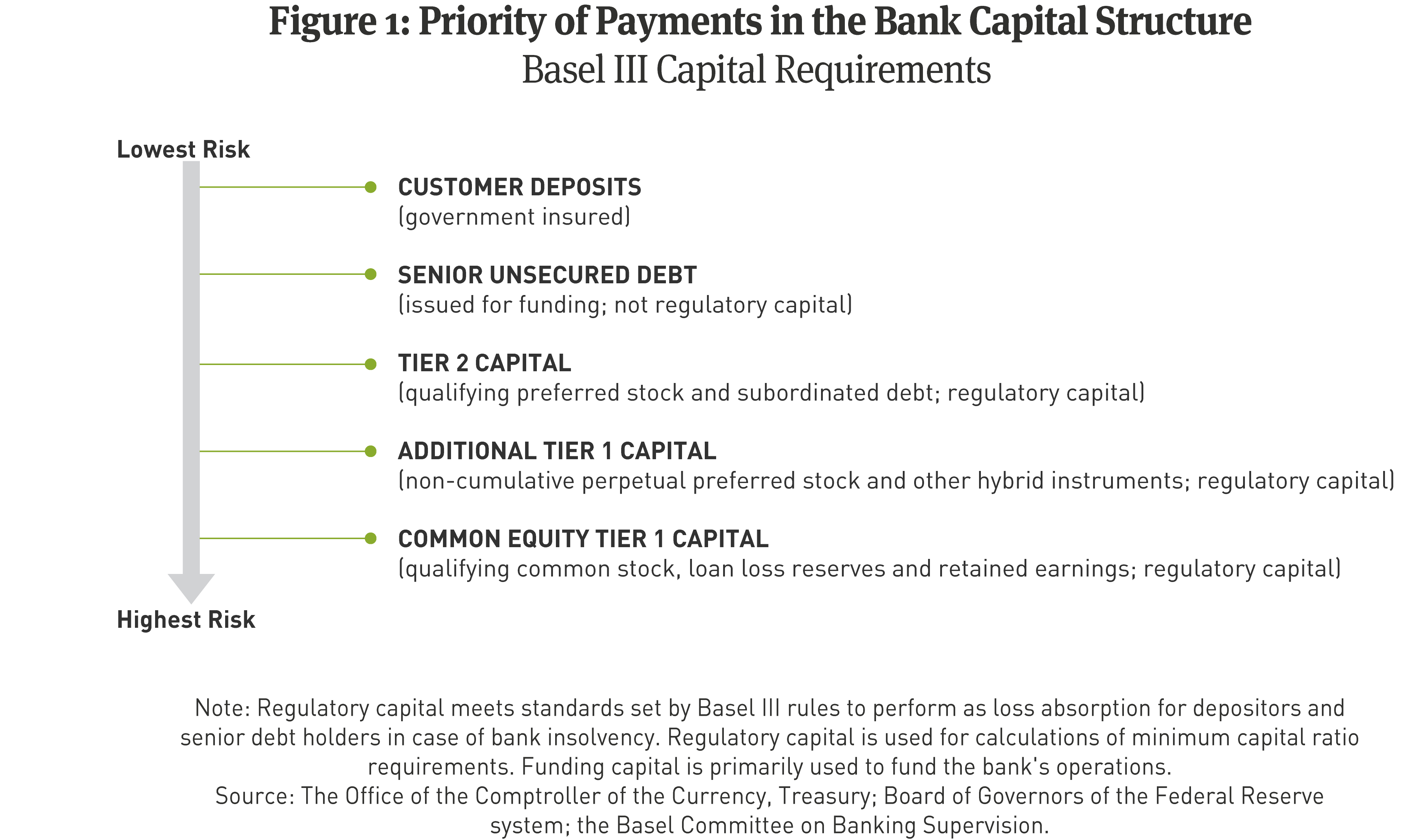 The risks of owning Tier 1 or subordinated debt4 are particularly significant given today’s regulatory environment. Popular’s auction and sale was borne out of post-crisis pressure on global banking regulators to protect depositors and taxpayers in the event of bank failure, and to instead impose losses on bank securities holders. The proliferation of AT1 issuance in recent years has allowed banks to raise regulatory capital that is cheaper than common equity. AT1 instruments, a type of contingent convertible bond, or “CoCo”, can be converted into common equity if a bank’s capital ratio falls below a certain threshold. Additionally, banks can skip and/or cancel coupon payments on AT1 debt. In Popular’s write-down, its depositors and senior bondholders were protected, cushioned by the “bail-in” of Tier 2 and AT1 debt.

Post-crisis regulations have similarly impacted the U.S. Banking sector. The Financial Stability Board has required some larger U.S. banks5 to meet minimum holdings of “total loss-absorbing capacity” (TLAC) securities,6 a change that was primarily put in place as a cushion for depositors and taxpayers. TLAC-eligible instruments include holding company senior and subordinated debt, along with capital instruments such as AT1 and common equity.

Bank investors can determine where to invest in a bank’s capital structure according to their risk/return preferences. Income-oriented investors considering investments below senior debt in a bank capital structure should take care to evaluate whether the pickup in potential yield from going down in quality is large enough to compensate for the increased risk of equity conversion in a distressed scenario.

Notably, this yield pickup may vary over time. The bank senior/subordinated spread typically narrows during benign credit periods and then widens during periods of volatility in the broader market. In the current U.S. Banking sector, investors can earn a premium of 25-50 basis points (bps) for dropping from senior to dated subordinated debt. However, during the financial crisis, the average spread peaked at 142bps, and fluctuated drastically (Figure 2). In June 2007 the average spread pickup in Tier 1 instruments over senior debt was 65bps. By the tail end of the crisis in March 2009, that spread had gapped out to 1,434bps. This demonstrates the volatility in relative pricing within capital securities—particularly in down credit markets. (Note: Capital securities such as AT1 were not around during the financial crisis, but other Tier 1 instruments were). 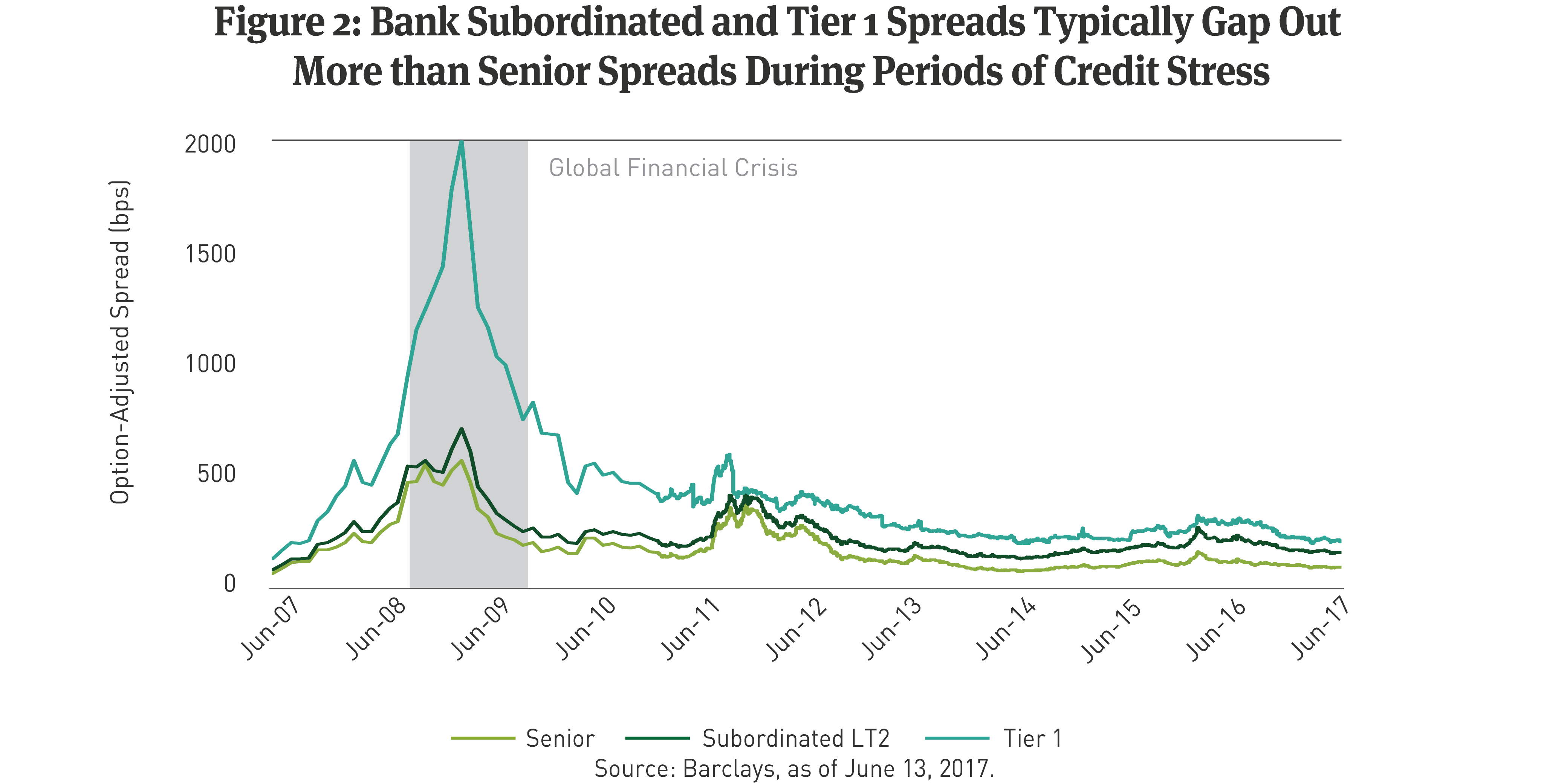 The bank senior/subordinate spread can also gap out in a specific bank when there is credit distress. For example, early last year, Deutsche Bank (DB) AT1 pricing fell sharply due to market panic that DB CoCos may have been at risk of missing an April 2016 coupon payment based on insufficient available distributable items. DB AT1 and Tier 2 spreads gapped out significantly due to this concern and due to a broader weakness in European bank earnings reports and an increased overall concern about the AT1 asset class. DB Tier 2 spreads widened to roughly 1.8 times senior debt spreads in February 2016. During the same time, spreads on AT1 widened from 419bps to 589bps, per Barclays.

[1] Banco Santander, S.A., as of June 7, 2017.
[2] Banco Santander, S.A. and Banco Popular, S.A.
[3] Specifically, the AT1 shares were canceled, and the Tier 2 shares were converted to equity and acquired at a price of €1 per share.
[4] Tier 1 capital is the sum of CET1 capital and AT1 capital.
[5] Per the Federal Reserve, the final rule applies to domestic firms identified by the Board as global systemically important banks (GSIBs) and to the U.S. operations of foreign GSIBs.
[6] Basel Committee on Banking Supervision