As investors gear up for the November 6 midterm elections, we outline four topics on the election battleground that could have the greatest impact on municipal bonds. Most forecasters expect the Democrats to take control of the House of Representatives and the Republicans to retain the Senate, but the outcome is uncertain and could initiate various technical and credit trends.

The shortfall in infrastructure spending across the U.S. is a long-running problem for municipal credit. State and local government spending on infrastructure ticked higher in the first half of 2018 but the backlog is still large, and we estimate that spending is now $115 billion behind schedule (Figure 1). 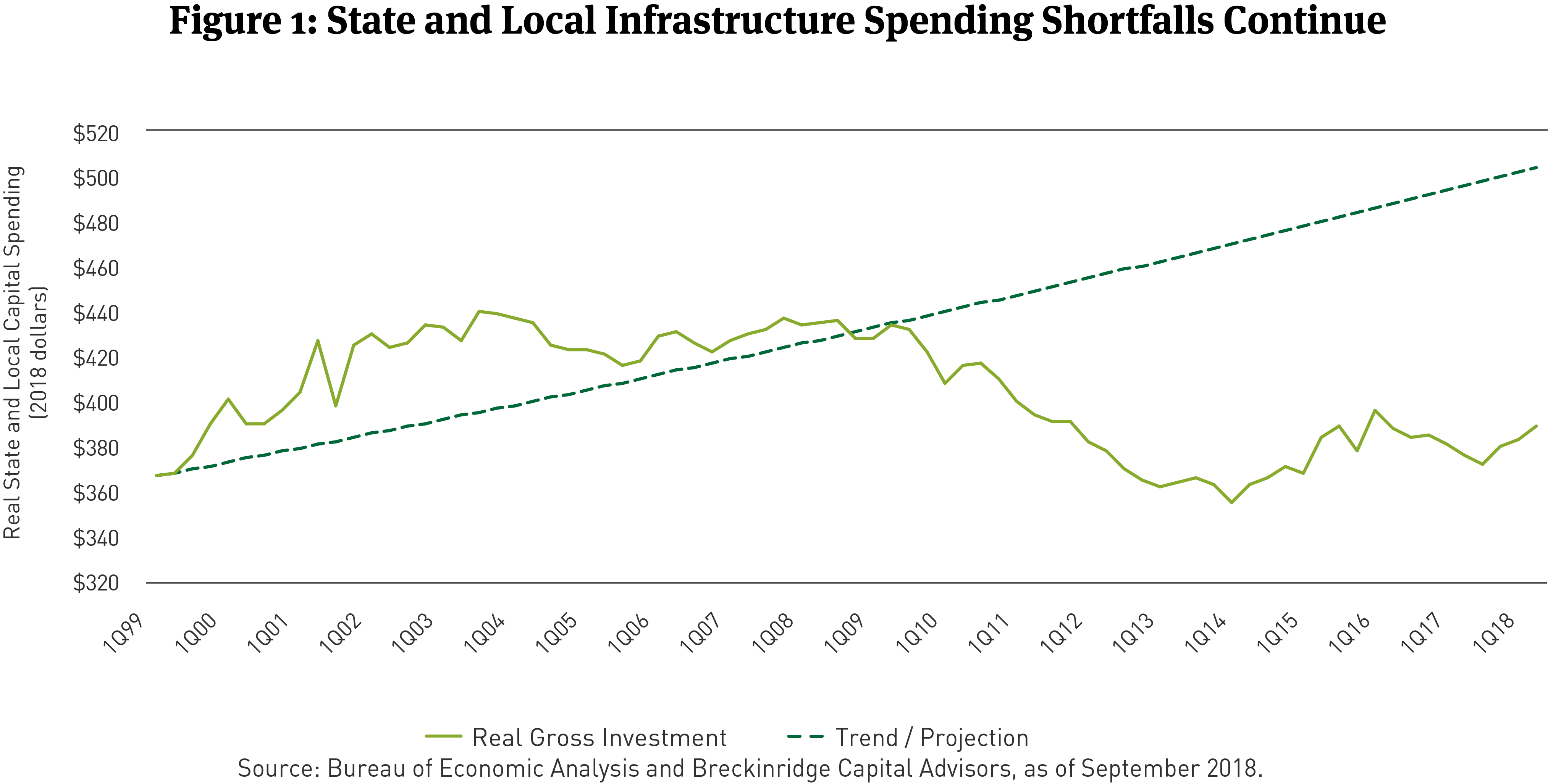 In 2017, the president proposed a plan for a 10-year, $1 trillion boost in infrastructure spending funded by the federal government, state and local governments, and the private sector (see Is It Morning Again in America for Infrastructure?). However, that plan lacked specifics on funding sources, and fell behind other priorities.

Passage of an infrastructure bill may provide an additional fillip to new-money issuance, depending on the size and shape of any infrastructure package. A meaningful uptick in federal aid could contribute to increased supply, reversing recent market tailwinds from lower issuance.

From a credit perspective, increased infrastructure spending is a mixed blessing. More spending could help put toll roads, bridges, transit authorities, water-sewer credits and other issuers on a track to fixing aging infrastructure. Also, infrastructure repair has become more crucial due to extreme weather risks related to climate change (see New Lanes of Analysis for Municipal Transportation Bonds). However, many issuers are likely to leverage any increase in federal aid. That means debt levels might rise in some places.

The deficit is unlikely to shrink regardless of which party controls the House or the Senate. Democratic control of the House would provide more voices in favor of federal funding that could inflate the deficit. However, Democrats are also likely to favor some increase in taxes to pay for more federal spending. If Republicans sweep both the House and the Senate, the federal budget deficit likely stays the same or rises with additional or extended tax cuts. Republicans have proposed making permanent the individual tax cuts passed in last year’s Tax Cuts and Jobs Act (TCJA), which are currently set to expire in 2025.

A larger deficit creates long-term credit and tax risks. It threatens future spending on items such as infrastructure and Medicaid.1 Over the long term, a higher deficit may make it harder to enact fiscal stimulus in the next recession, and it also might nudge lawmakers to reconsider the municipal tax exemption to raise federal revenue.

The likelihood that the next Congress enacts tax changes that impact the muni market is higher than the market perceives. If Democrats flip the House, there could be more proposals to raise personal income tax rates and restore the state and local tax (SALT) deduction. There may also be proposals to liberalize the private activity bond rules to promote public-private partnerships.

If Republicans take both the House and the Senate, then Tax Reform 2.02 becomes more likely and SALT provisions may be made permanent.

A full blue sweep of both houses could mean a rollback of the 2017 tax cuts and higher marginal rates.

Tax Reform 2.0 would also expand tax-advantaged savings accounts. While Tax Reform 2.0 could improve GDP growth, it could also add to the deficit. Passage of Tax Reform 2.0 could be overall negative for municipals, as lower taxes reduce the value of the municipal tax exemption for investors. In addition, a permanent cap on the SALT deduction could make in-state municipal bonds more attractive for residents in some high-tax states.

We will be closely monitoring the election results and the potential ramifications of a new Congress.

[1] While a Republican sweep could lead to a smaller deficit, it could also be credit negative for the hospital sector, as future reform of the Affordable Care Act or Medicaid, or experimentation with waivers, would be more likely.

[2] Tax Reform 2.0 refers to three bills that constitute a potential Republican update to the TCJA of 2017 (see Tax Reform: From Risks to Reality). Tax Reform 2.0 seeks to make the following TCJA policies permanent (among others): The individual tax cuts, the $10,000 cap to the state and local tax (SALT) deduction, and the 20 percent pass-through deduction of business income for owners of businesses such as sole proprietorships that pay their taxes through their owners’ tax returns.

The COVID-19 Crisis and Its impact on Social Issues for Corporations and U.S. Cities 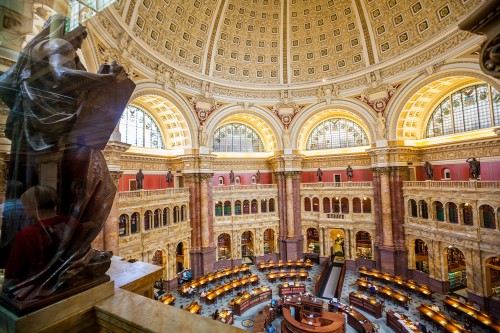