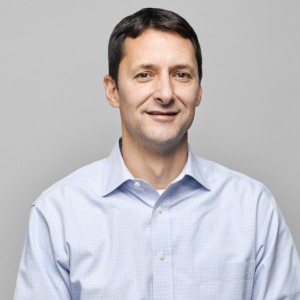 In previous newsletter articles, we have discussed short-termism, or the notion that participants in the capital markets are overly fixated on short-term financial performance (see Building the Case for Long-Termism). We noted how CEOs and investors launched the Commonsense Corporate Governance Principles in July 2016 to help shift the market’s perspective,1 and we highlighted findings showing that companies focused on the long term have historically outperformed peers with a shorter-term orientation.2

Since then, more attention has been given to the distorting effects of short-termism, to capital allocation decisions and to the need for change in the corporate world. While scrutiny is rising, share buybacks are running at a record pace and are growing at more than twice the rate of capital spending, following the reduction in the U.S. corporate income tax rate.3

Breckinridge welcomes the dialogue about the potential risks stemming from excessive short-term thinking and near-term shareholder rewards at the expense of longer-term strategic, cash-generating capital investment. As we discuss in ESG: A Natural Course of Analysis for Bonds, many investors have a long-term investment horizon but evaluate investment results in the short term, causing near-term concerns to overwhelm rational, long-term thinking. While company disclosure of material financial and extrafinancial (environmental, social, and governance) data in a timely fashion is crucial, investors would be better served not to fixate on near-term results at the expense of longer-term performance. At Breckinridge, we strive to counter that tendency by seeking a reliable source of income and capital for clients,6 thereby helping them to better cope with volatility and avoid irrational investment decisions in times of market distress. Simply put, our goal is to help investors remain focused over the long term.

Furthering Our Support of CEO Long-Termism

Our emphasis on long-term investing led us to support The Committee Encouraging Corporate Philanthropy’s (CECP) Strategic Investor Initiative (SII). Founded in 1999 by actor Paul Newman, CECP engages over 200 corporate CEOs to help develop their workforce and philanthropic strategies. SII was created two years ago to bridge a “gap in corporate-shareholder communications: long-term information for long-term investors.”7 It aims to achieve its goal in two ways. First, SII hosts biannual Investor Forums, where CEOs present their long-term plans for sustainable value creation to long-term investors. Second, SII encourages all public companies to commit to disclosing their long-term plans as a part of annual investor reporting schedules. To help advance SII’s mission, Breckinridge serves on SII’s advisory board and is a signatory on a letter from SII Co-Chair and Vanguard Chairman Bill McNabb. The letter outlines certain questions a company’s long-term strategic plan should answer. We view SII and its mission to standardize long-term planning in investor reports as critical to shifting the market perspective.

There is a growing chorus among market participants about the risks from market short-termism. As a long-term investment grade bond investor, we welcome and support solutions that will foster greater transparency and commitment to long-term thinking.

[1] The Commonsense Corporate Governance Principles were released in July 2016 by a group of leading CEOs and large institutional investors that include, among others, Warren Buffett of Berkshire Hathaway, Larry Fink of BlackRock and Mary Barra of General Motors. The group’s goal is to put forth a set of corporate governance guidelines that will help drive long-term prosperity not only for companies and shareholders but also for American citizens.

[2] In February 2017, the McKinsey Global Institute and FCLT Global published research that evaluated 615 large- and mid-cap U.S. publicly listed companies from 2001 to 2015, and it defined long-term business practices by reviewing patterns of investment, growth, earnings quality and earnings management. The report is available here.

[5] As discussed in a recent New York Times article, The Stock Market is Shrinking. That’s a Problem for Everyone, the number of companies listed on public exchanges in the U.S. is down from a peak of more than 8,000 in the mid-1990s to 3,627 in 2016. The article cites a study from the National Bureau of Economic Research positing that other causes of the decline include the “extremely large number of mergers” and the increasing importance of intangible assets to firm value.

[6] Breckinridge invests solely in investment grade bonds, which historically have had near-zero default. For more information on how we align our strategies with one of the main roles of IG fixed income for investors – which is to act a counterbalance to equities and other riskier assets – please see our newsletter article ESG: A Natural Course of Analysis for Bonds.

Challenges loom for companies seeking to report how their operations align with the SDGs.

Last month, California passed a landmark bill, SB100, which will require that the state’s electric utilities be 100 percent carbon-free by 2045. In this podcast our utility analyst and head of municipal research unpack what this means for the utilities and for muni credit.

ESG risk factors are increasingly integrated into credit ratings but we believe rating agencies still have room for improvement.