Municipal demand has risen sharply in recent months, driving strong outperformance of municipal bonds versus U.S. Treasuries. In this blog post, we weigh in on the surge in demand and the impact on valuation.

The soaring demand is primarily due to the following trends:

As a result of the huge demand for municipals, ratios have fallen year-to-date. In January and February, short and intermediate ratios fell the most. On March 1, the 10-year ratio fell to its lowest level since September 2017, resulting from strong demand from SMAs in the short and intermediate part of the curve. On the flip side, longer ratios increased in January and February due largely to selling pressure from banks, which are a large component of long-end muni demand; the lower corporate tax rate gave banks less incentive to invest in tax-exempt assets.

In recent weeks, however, the 30-year ratio has been the standout, falling to the lowest level since January 2018. In March, the 30-year outperformed U.S. Treasuries, while other parts of the curve lagged Treasuries. Demand started to increase in 30-year bonds after investors began to see more attractive relative value in longer maturities. The 30-year ratio remains at 92 percent, well below the 100 percent range seen throughout February (Figure 2). 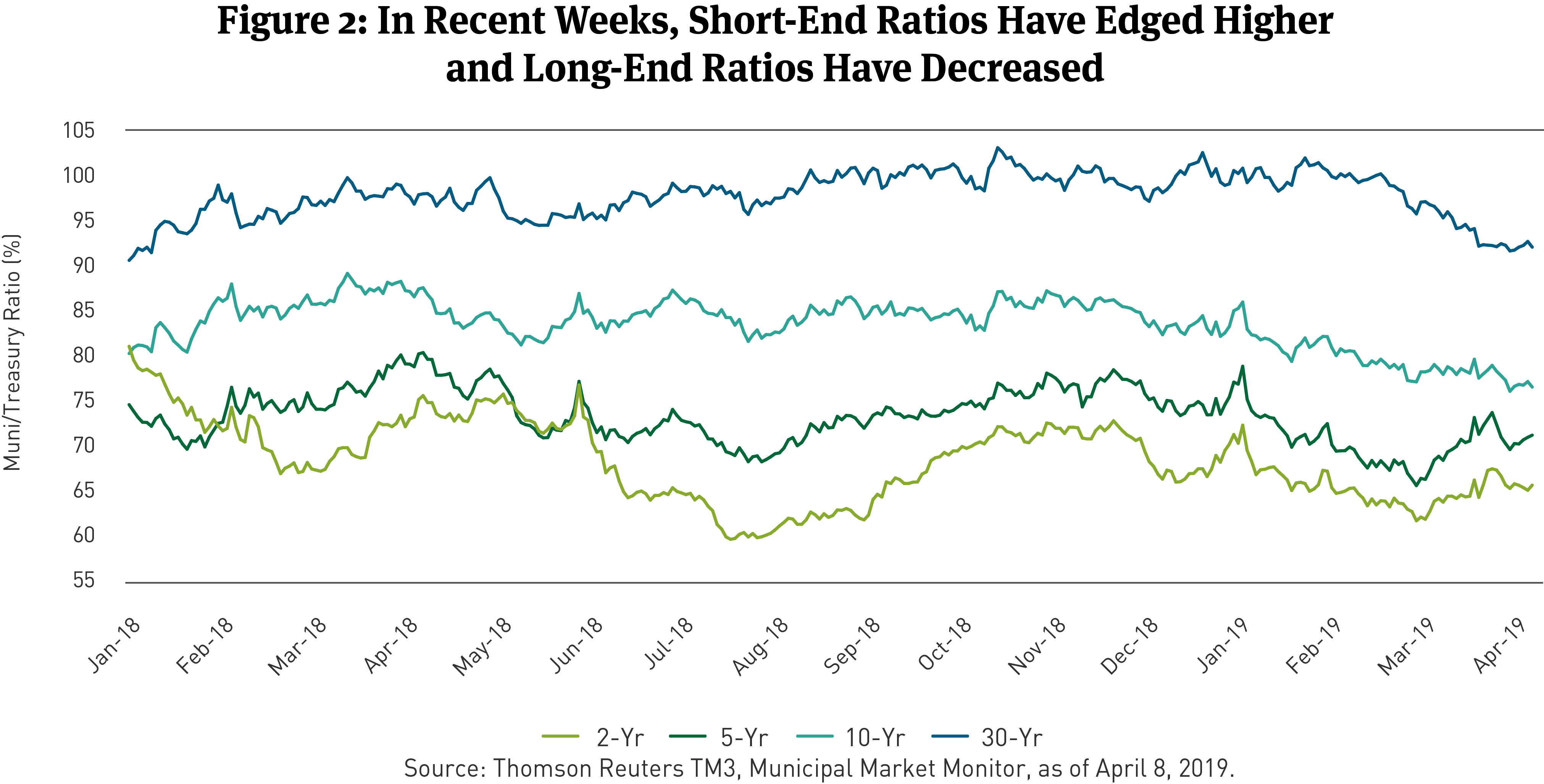 Yields in high-tax states such as California have fallen, given the strong demand for in-state bonds in those states (Figure 3).

Of course, the strong performance of municipals year-to-date is not just a demand story; modest supply has remained a theme in 2019, as it was in 2018. The moderate supply and robust demand has created a strong technical backdrop for performance.

We note that technical trends could remain positive in coming months. While ratios have declined year-to-date, we note that we will see record maturities in five of the next nine months, per Siebert, which could drive down net supply and send ratios even lower. The second quarter is projected to have the largest expected flow of principal repayments, calls and coupon payments ever ($65 billion), up 18 percent from 2Q18 and up 55 percent from 2010.

The decline in ratios requires close attention to varying levels of value across the curve. For example, given the low ratios at the short end of the curve, Treasuries may be more attractive and it may be appropriate to consider reducing tax-exempt exposure in favor of Treasuries. With low relative value readings in relation to taxable bonds, and many specialty names trading at aggressive spreads, it makes sense to look at either taxable bonds or out-of-state names depending on the clients’ tax bracket and maturity needs. 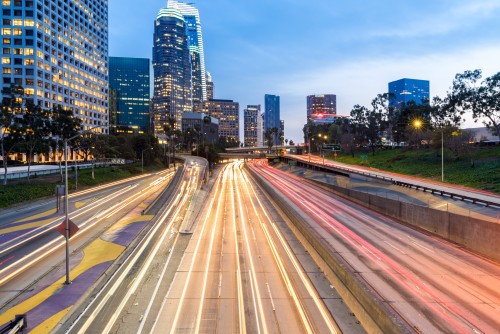 2021 Muni Market Outlook: To Immunity and Beyond! 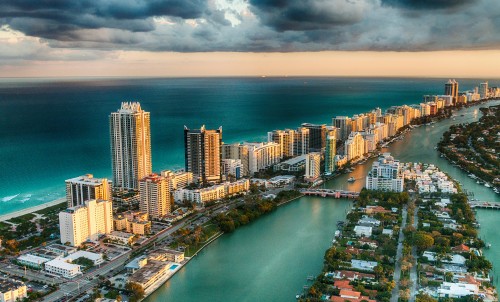 The Importance and Influence of Bond Issuer Engagement