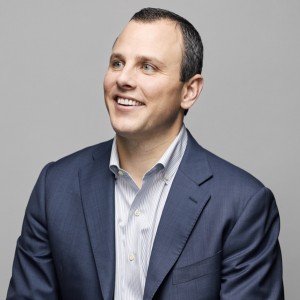 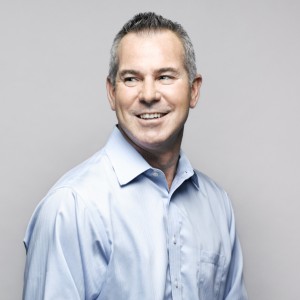 Hello this is Chris Day and welcome to the Breckinridge podcast. Today I am joined by Matt Buscone, co-head of portfolio management at Breckinridge, and today Matt and I will talk about supply and demand in the municipal market both year-to-date and prospectively. So Matt, let us start with supply year-to-date in the municipal market. What has happened on that front?

So on the supply side, and I’m referencing some figures from the Federal Reserve flow of funds data for the end of the first quarter 2018, and what that showed is that the overall size of the municipal market shrank by about $20 billion in the first quarter and the total amount of the municipal market debt now outstanding is $3.84 trillion. And the fall in the amount of debt outstanding is not a huge surprise given how low the new issue volume has been so far this year. If you look through May, the muni market has seen total issuance so far of $125 billion. That is down about 22% from the same time period last year. Now earlier in the year, new issue supply had been running closer to a 30% deficit so while the gap has closed somewhat, we are still dealing with very low levels of new issue supply and the drop this year can be attributed almost solely to all volume that was pulled forward into the fourth quarter of 2017. If you remember back then, December alone had issuance of $65 billion which was greater than the total that was issued either the first or second quarter of this year.

Sure. Now toggling to demand, that same report showed that banks lowered their holdings, correct?

They did, yes. Banks shrank their holdings by just over 15% during the first quarter of the year. And as you may recall, in the past several years banks have been steadily increasing their tax-exempt holdings in the aftermath of the financial crisis, due mainly to municipal bonds having a higher average credit quality and the advantageous tax treatment that is afforded to banks on the interest received. So the fall in bank holdings during the first quarter of this year has really reversed what had been a marked increase over the last several and has mainly been driven by the lowering of the corporate tax rate from 35% to 21% which makes taxable alternatives a more compelling investment case in many instances. If you look at the end of last year, bank holdings of municipal bonds peaked at $570 billion but several large selling programs during the first quarter have reduced that figure to just over $550 billion. Bank holdings now represent about 14% of the total market of muni bonds outstanding and while many participants had expected a drop in bank holdings, many people including us, were surprised by the magnitude of the selling we saw in the first quarter.

Right, so actually moving back to supply, just quickly, with the drop in supply being forecast in 2018, there was some belief coming into the year that municipals would outperform. at least early in the year. Did that actually come to fruition?

So it did not in the first quarter. Certainly, the supply dropped pretty precipitously as we noted, but the outperformance did not materialize at least until more recently. To start the year, we were really overwhelmed by a steady supply of bid-wanted lists from some of those larger bank portfolios and there were also very high levels of dealer inventories, in many cases that were holdovers from some of the deals that came in the end of 2017.

So there was something that we were calling sort of a shadow primary supply that continued to pressure munis throughout the first quarter and cause them to underperform particularly in longer maturities. Now some of that has reversed in Q2 with ratios dropping substantially inside of 5 years, but longer maturities have continued to languish, somewhat due to that selling pressure from banks.

Got it, so that is year-to-date. If we look forward, I have heard that demand should outplace supply in the coming months and I remember that being a big theme last summer where we had big principal redemptions and interest payments that were certainly a strong positive for technicals. Are we expecting more of that this year?

So both this year and last year do have very strong technical backdrops coming into the summer months. I think the reinvestment numbers this year is about 5% less than what we saw last year, but last year was a record total, so again, pretty strong amount of maturing bonds, coupon reinvestments looking to come back in the market over the summer months. But the difference this year is that the market is starting from a much more expensive starting point due to the strong returns we saw during the month of May. That has driven down the relative value of tax-exempt munis, particularly in that short end. So the ratio of tax exempt munis to government bonds in say 2 to 3 years is around 65% to 67% right now. In the 5-year range, it is just over 70%, so it is pretty hard to see too much more outperformance coming from these spots of the curve. Ten- and 30-year ratios are more attractive on a relative basis at about 84% and 98% so there may be some catch up on the long end of the market, but it is likely that continued outperformance may be met with more opportunistic selling from bank portfolios in the summer months.

Sure, so where does that leave us for the next several months in terms of muni relative value?

So I tend to think that we are going to hover near these ratios through September due to that strong technical backdrop that we have mentioned. There has also been some recent strength in the Treasury market due to some of the trade tensions and there is somewhat of a relief on the muni side that any further tax changes that may impact the muni market directly are off the table for now. Last summer the low-end ratios occurred in August before rebounding in Q4 on very heavy supply, again a key difference this year being I don't think it is likely we are going to see a burst of supply like we did last year and any uptick in supply combined with more selling from bank portfolios may serve to cheapen some ratios and create a better relative value entry point. But I think last year we saw two extremes, where ratios got extraordinarily low in August and then we had an extreme amount of issuance coming at the end of the year. Not likely to see that much of a variation, so probably stuck near these levels for the near term.

Excellent. Well thank you very much Matt for the insight, we appreciate it and hope that you out in the field have found this informative. We look forward to having you join us next time.

It was only nine months ago that Gov. Jerry Brown prohibited Californians from hosing off their sidewalks and required them to use shut-off nozzles when washing their cars.

ESG risk factors are increasingly integrated into credit ratings but we believe rating agencies still have room for improvement.

As we enter 2019, portfolio manager Matt Buscone discusses what’s top of mind in the muni market for our investment team.