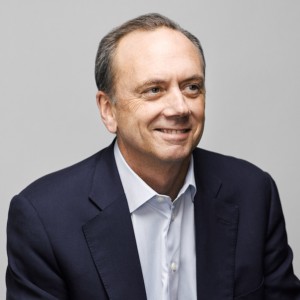 As widely reported, last September the repo market – which is central to the operation of our financial system – experienced a sudden and unexpected breakdown. There was a significant erosion in liquidity with the repo rate for overnight borrowing touching 10 percent on September 17. While clearly caught off guard by the turmoil, the Fed soon rushed in to restore order to the market. It has succeeded in doing so, but not without significant interventions.

It is first notable that after reducing its balance sheet (tapering) for the previous 18 months, the repo market’s turmoil compelled the Fed to reverse course, rebuilding its balance sheet with the monthly purchase of $60 billion in Treasury-bills starting in October (See Figure 1). To date, these purchases have totaled over $400 billion. The Fed’s reversal echoes its “pivot” earlier in 2019 when, after raising rates (and forecasting further hikes), it changed direction and cut rates three times. We believe these reversals reflect the challenge for the Fed in setting policy in an era of unconventional monetary accommodation.

We’re confident the Fed can continue to intervene and supply enough cash reserves to prevent the repo market’s problems from becoming a broader systemic issue. Nevertheless, the repo market remains in guarded condition and still dependent on the Fed’s support. This ongoing need makes it clear that the repo market’s problems were not solely the result of the short-term technical imbalances that were initially blamed for its turmoil (including, for example, corporate tax payments and Treasury issuance among other factors.). The repo market was already vulnerable. Considering the possible reasons for this vulnerability may be helpful in evaluating the condition of other markets now and in the future.

The first and most glaring problem for the repo market is its lack of breadth. Activity in the market has recently been dominated by just four big banks (See Figure 2), and their dominance clearly grew into a dependence. As long as the big banks had ample reserves, they willingly supplied whatever cash the repo market needed. More recently, however, these banks have been using much of their cash to buy Treasuries, making less cash available for the repo market. As the large banks retreated, there were no other participants willing or able to take their place. The broader market structure had simply atrophied and thus, without the support of the big banks, it seized up.

The repo market’s dependence on four big banks was made more problematic by regulations introduced since the global financial crisis. Policymakers had initially considered breaking up the largest banks, but instead opted to impose tighter regulations on them. These regulations have had a very positive effect on the liquidity and capital of big banks, while also putting strict limits on their risk-taking. Consequently, the big banks themselves are far more resilient, but the new constraints may have left the markets that rely on their support and liquidity more vulnerable. Such appears to have been the case in the repo market in September when, rather than risk regulatory scrutiny, big banks held back from lending their cash reserves.

The big banks may also have grown cautious about their exposure to hedge funds, which have now become a significant part of the repo market. When sponsored by a bank or primary dealer, hedge funds can access repo financing, and have increasingly done so to fund highly leveraged “relative value” strategies. The Bank for International Settlements (BIS) examined the repo market’s September dislocation and determined that, at the margin, the pressure from these hedge funds to roll their overnight repo funding may have contributed to the market’s imbalance. They may also be responsible for the repo market’s ongoing need for direct intervention from the Fed, which is continuing to provide both daily and term repo financing.

Looking further ahead in 2020, the Fed’s interventions in the repo market should gradually diminish. The burden from a continued heavy new supply of Treasuries should be alleviated by the Fed absorbing a meaningful portion of that issuance with its T-Bill purchases (versus last year, when its tapering added to the supply pressure). Meanwhile, the availability of cash reserves has improved as both the U.S. Treasury and foreign central banks have moved much of their dollar deposits out of their accounts at the Fed and into the economy. Money market funds have also stepped in, lending cash through big bank sponsors (just as hedge funds use sponsors to borrow). Finally, it’s expected that the Fed will soon propose some structural changes in order to broaden access to the repo market beyond big banks and primary dealers.

While the repo market may soon fade from the headlines, we believe investors should not dismiss its problems as merely the result of technical imbalances. All markets eventually confront technical imbalances, and that is when their liquidity matters most. Because of the Fed’s Quantitative Easing, the repo market had not been put to the test since the financial crisis, so its vulnerability wasn’t apparent, even to the Fed. With the abundant liquidity being supplied by the Fed throughout our financial system, the vulnerabilities of other markets may not be evident as well. The dominance of big banks and funding pressures from highly leveraged borrowers are not factors that are unique to the repo market, and tighter regulations may protect institutions, but hinder market liquidity. In the end, the most important lesson from the repo market may simply be that markets are fallible – which then reminds us that the safety of a bond is derived much more from the reliability of its cash flow than the reliability of its market.