On the heels of the Fed meeting on Wednesday, we outline five trends that are currently top of mind in the corporate market. 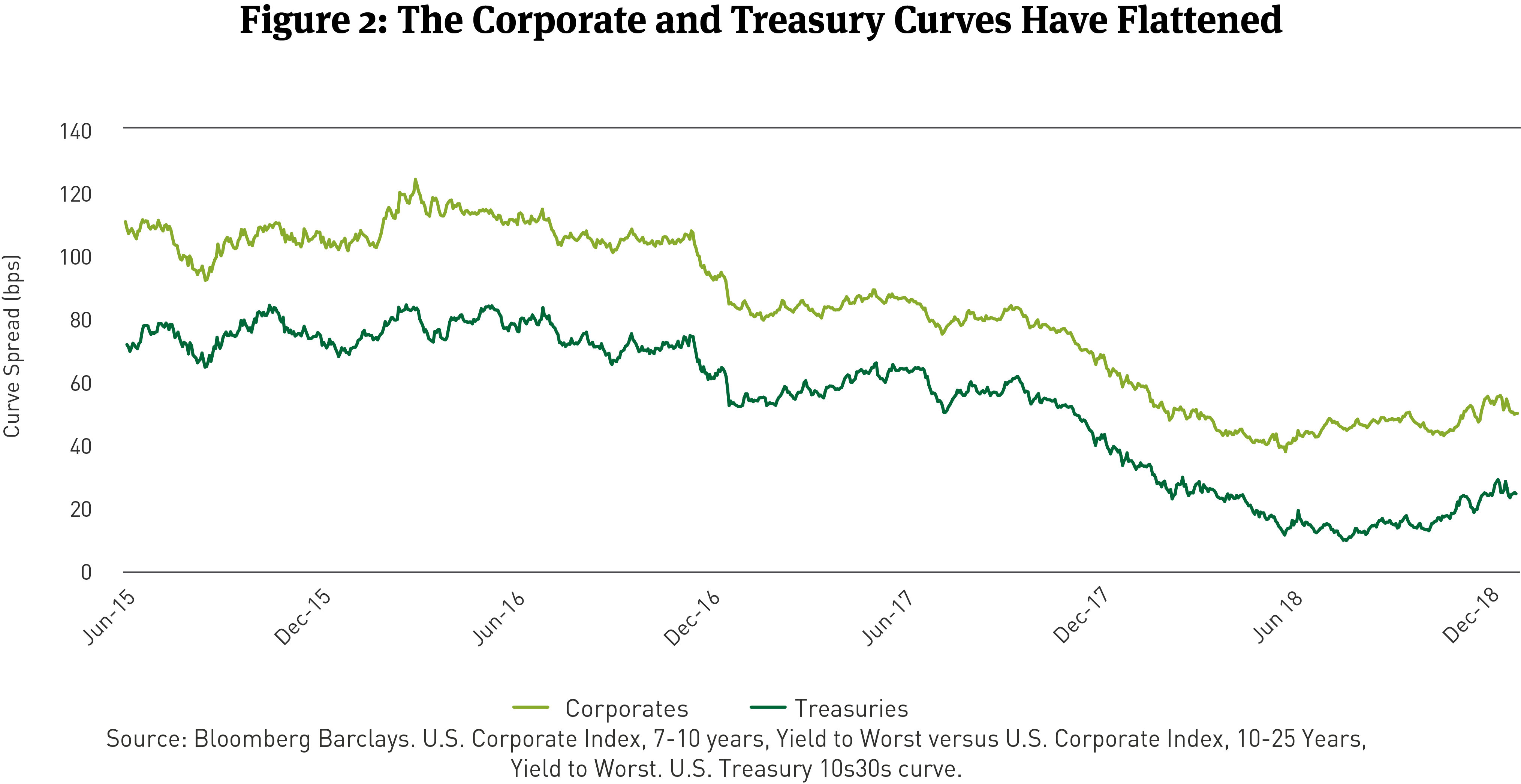 [8] The net interest margin is a measure of a bank’s profit margin on its investing and lending activities. It is calculated as follows: (Net interest income / Average Earning Assets] *100.

[10] The Financial Stability Board has required some larger U.S. banks to meet minimum holdings of “total loss-absorbing capacity” (TLAC) securities, a change that was primarily put in place as a cushion for depositors and taxpayers.

Our latest Corporate Bond Market Outlook reviews 2019 and provides our perspective on the IG market for 2020.

For a variety of reasons, corporate bond investors often wish to restrict investment in companies with fossil fuel reserves.