February saw heightened investor sentiment for an imminent federal funds rate increase, with the size of the bump (25 or 50 basis points (bps)), seemingly the remaining open question. The Federal Reserve (Fed) Open Market Committee is scheduled to meet on March 15 and 16. Complicating matters was Russia’s late-February invasion of Ukraine, which prompted financial sanctions against Russia that involved much of the global banking and broader economic sectors.

After rising and remaining higher for much of the month, Treasury yields fell at month end, reflecting increased investor desire for safe haven investments. 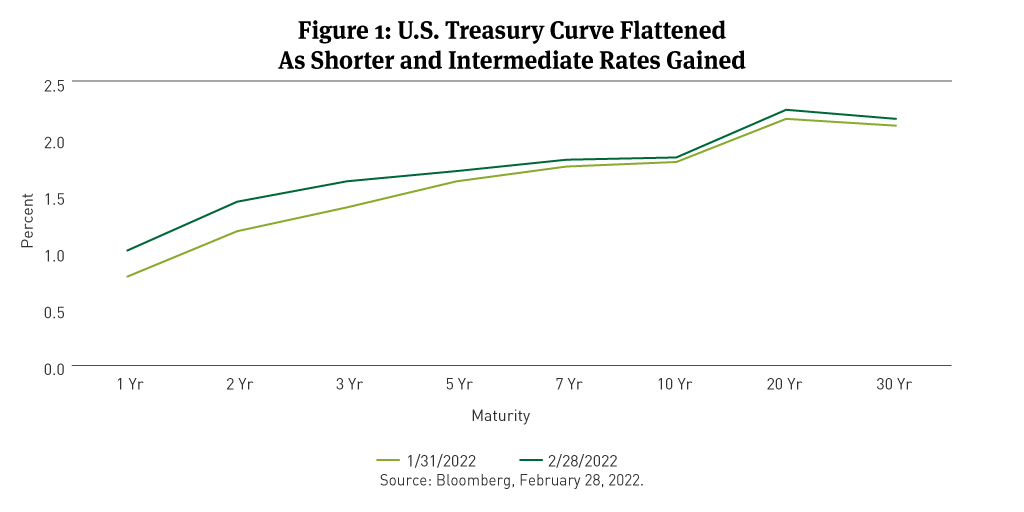 At this point, events in Eastern Europe have not prompted any significant change in our strategies. For now, municipal bond credit implications are modest, as state and local government operating reserves have little-to-no exposure to Russian assets. Higher natural gas prices could impact some gas-reliant utilities, but this is a manageable risk, in our view. For most IG corporate bond issuers, borrowing costs remain around 3 percent, as 10-year Treasury yields have fallen in the days following Russia’s actions in Ukraine. The relatively low cost of debt capital should support issuance in the near-term. Some IG corporate issuers with exposure to Russia are reevaluating these assets, a process that may continue for a while. Our teams are carefully monitoring developments and assessing potential credit-related impacts to portfolios we manage. 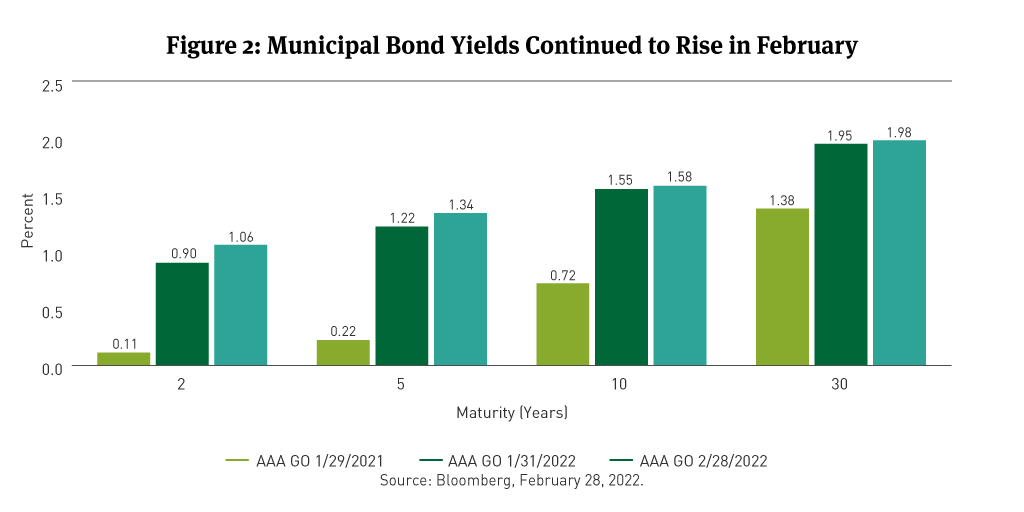 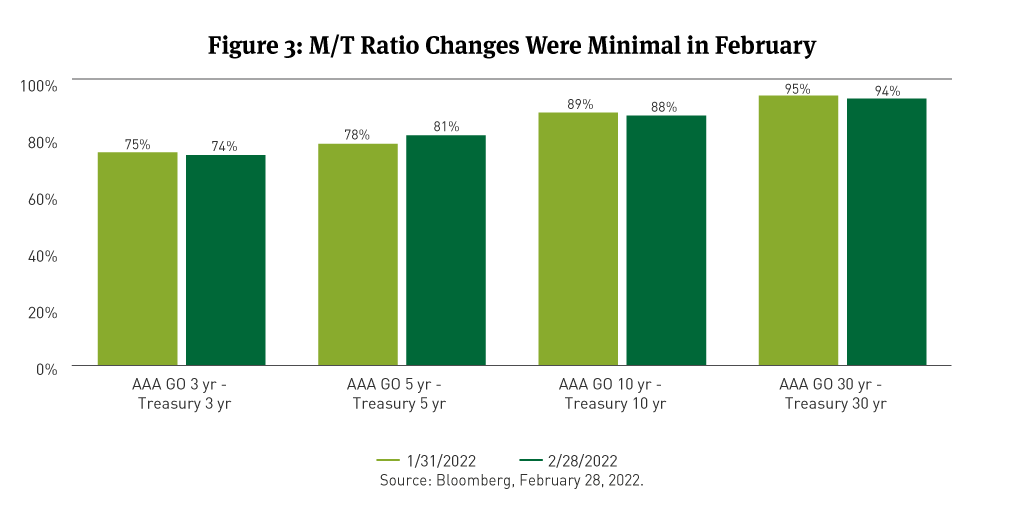 M/T ratios fell between 1 to 3 ratios across the 2, 10 and 30-year spots while modestly increasing in 5 years.

Index-eligible IG bond issuance in February, per Bloomberg, was nearly $85 billion, a decrease from about $180 billion in January. Net issuance, after redemptions, was a net negative $1.5 billion, compared with $90 billion in January. According to Citi Research and EPFR Global, IG bond funds reported approximately $1 billion of inflows in February.

From Peter Coffin – A Perspective on the Current Market
By Peter Coffin
Hear from our President, Peter Coffin, on the disorder in the current investment grade bond market.
Reflecting on the Importance of Our Independence
By Peter Coffin
Independence is a key part of the fabric of Breckinridge.
Affordable Housing Gains From Public, Private Financing
By Nicholas Elfner , Andrew Teras
We saw an innovative new strategy to address housing challenges come to fruition the other week with the first sale of No Place Like Home bonds.